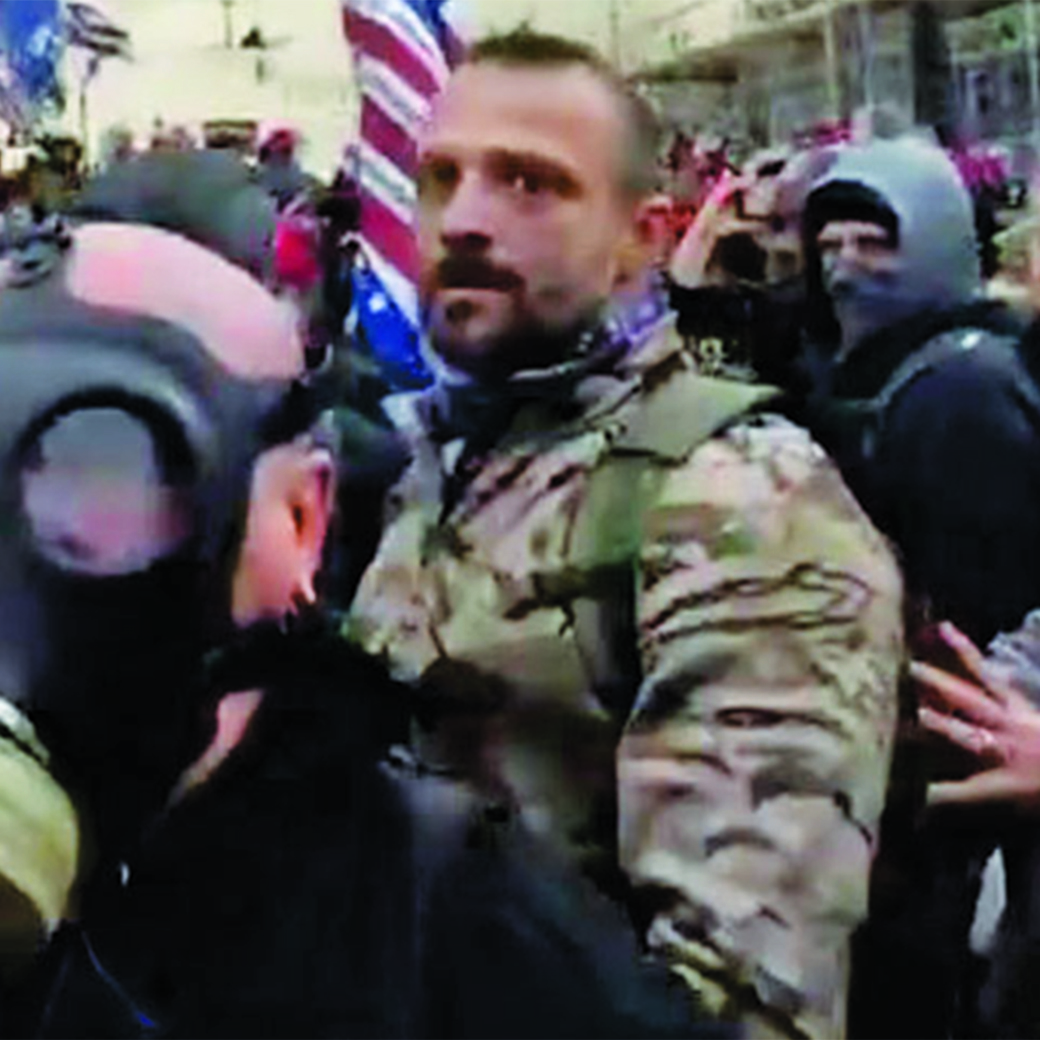 PHOENIX — An Oklahoma man seen on video pushing an Associated Press photographer over a wall outside the Capitol during the Jan. 6 riot has been arrested, authorities said Tuesday.

Benjamen Scott Burlew of Miami, Oklahoma, is the second person to be charged in the attack on photographer John Minchillo, who was documenting the mob of former President Donald Trump’s supporters that day.

Burlew is accused of yelling at, grabbing, dragging and ultimately pushing Minchillo over a low stone wall on the Capitol grounds.

Authorities say Burlew was among several people who attacked Minchillo, who was wearing a helmet-style gas mask and was dragged by another person down the exterior stairs by his lanyard with Associated Press lettering.

At the bottom of the stairs, Burlew and three other people grabbed the photographer and pushed, shoved and dragged him again, the FBI said.

Minchillo later found himself backed up against a stone wall by the attackers. The FBI said Burlew lunged toward the photographer and shoved him over the wall, causing Minchillo to land on his back. Burlew leaned over the wall to witness Minchillo’s fall, according to court records.

Burlew is charged with assault in special territorial jurisdiction and committing acts of physical violence on restricted grounds, according to court records released Tuesday. He was arrested on Thursday.

Burlew’s attorney didn’t respond to requests to comment Tuesday on the allegations against his client.

Associated Press spokesperson Lauren Easton said it is “deeply troubling when journalists are targeted for simply doing their jobs.”

“These charges are an encouraging sign that those who attacked journalists on Jan. 6 will be held accountable,” she said in an email.

Last month, Alan William Byerly of Fleetwood, Pennsylvania, was arrested on charges of assaulting Minchillo and police officers during the riot.

Several other people have been charged with assaulting journalists, inciting violence against members of the press or destroying camera equipment belonging to journalists covering the riot, including an AP video crew.

A Pennsylvania woman has been accused of filming an attack on — and allegedly yelling for the attackers to mace — a New York Times photographer during the Jan. 6 riot.