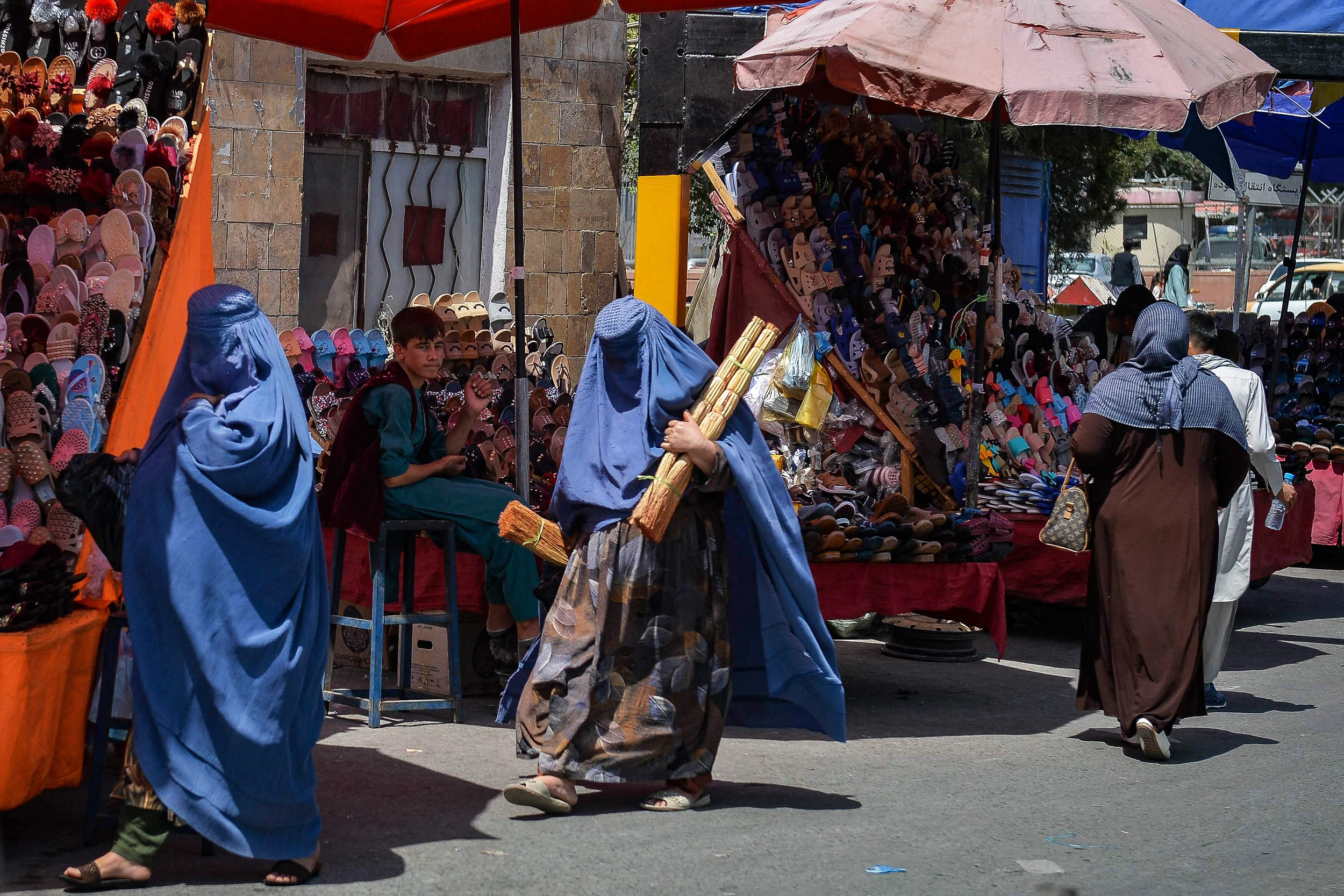 Afghanistan’s economy is headed toward collapse without swift action from the international community, experts have warned.

The country’s cash-based economy was struggling before the Taliban’s recent ascension, and the Islamic movement’s sudden takeover has left the country’s finances in limbo — with assets frozen, banks closed and crucial foreign aid stalled.

There’s little faith that the hard-line Taliban will be able to turn things around. The Afghanistan Banks Association announced Monday on Facebook that the Taliban had appointed Haji Mohammad Idris as the acting governor of the central bank.

“Not at all,” said Sabit, who lives in California and works as a lecturer at a community college. “This person is someone who served on the Taliban Economic Commission. He was a teacher in a [religious school] in Pakistan, and that’s where he came from, so that’s all that we know about this person, and now he’s managing the central bank. He probably has no experience at all.”

The new Taliban-led government has presented no evidence of Idris’ experience in finance or banking. The announcement came two days after the Taliban’s finance ministry declared that all government employees would be “paid as before.”

Afghanistan watchers and financial experts said it is the latest sign that without further intervention from the international community, the country’s economy could suffer even more than it has in recent weeks.

Shortly after President Ashraf Ghani’s government fell on Aug. 15, trading in the afghani, the country’s currency, slumped, falling by almost 8 percent against the U.S. dollar. But since Aug. 17, the local currency has been relatively stable, probably because it has been practically frozen — it is now nearly impossible to move money in or out of the country.

With government employees not being paid and banks not open, even everyday commerce is hard.

“Nothing is happening. No exchange is happening,” Sabit said. “People have cash there, and they are holding on to it.”

The Afghan economy is almost entirely cash-based — just 10 percent of people are believed to have bank accounts. Furthermore, the economy was largely propped up by foreign aid, according to the World Bank.

“Recent uncertainties regarding the extent and duration of international security support and the outcome of any potential peace agreement with the Taliban have further sapped confidence, leading to further reductions in investment, and capital flight,” the World Bank wrote in a report in April.

Atif Mian, an economics professor at Princeton University, pointed out on Twitter that Afghan poverty has risen in recent years.

“Foreign money artificially raised domestic spending power – artificial in the sense that it was not associated with increased domestic productivity,” he wrote Sunday.

Since the fall of Kabul, it has been extremely difficult to get money in or out of the country. Two companies through which people commonly sent money, Western Union and MoneyGram, have halted transactions with Afghanistan. Hawalas, the centuries-old person-to-person network of money trading, is also reported to have almost stopped.

“I think what we’re seeing is that capital controls are in place and if you wanted to trade the afghani, you really can’t,” said Edward Moya, a senior market analyst with Oanda, a foreign exchange currency trading firm.

“This is not an actively sought investment, even though the writing was on the wall. For a lot of people, the focus right now is with the afghani: No one knows how this government is going to operate.”

More broadly, the Taliban have not been recognized as the legitimate government of Afghanistan, which means they cannot get access to the billions of dollars in reserve funds largely held in the U.S. or to the so-called special drawing rights of $450 million from the International Monetary Fund, which Afghanistan had been scheduled to receive Monday.

“As is always the case, the IMF is guided by the views of the international community,” Gerry Rice, an IMF spokesperson, wrote last week. “There is currently a lack of clarity within the international community regarding recognition of a government in Afghanistan, as a consequence of which the country cannot access the Special Drawing Rights (SDRs) or other IMF resources.”

There may be “weeks, maybe a couple of months, if nothing else happens. Then the economy is in deep trouble,” he said. “Apart from drugs and a little bit of mining and a little bit of production, there was not much going on without an infusion of cash by the Americans and other organizations.”

While there have been some reports in the Pakistani media that the land borders between the two countries have reopened, Schindler said such cross-border trade will not make a substantive difference for the Afghan people.

“This kind of cross-border trade can resume, but that’s not what keeps the economy running — foreign aid was what kept the country running,” he said.

In short, without a notable change, Afghans, the vast majority of  whom live below the poverty line, will continue to suffer, Sabit said.